How important is listening to science when facing climate risks: renewable energy, advances in technology, an active financial sector and carbon pricing.
It is “A perfect storm of climate opportunity”. Michael E. Mann, one of the world’s most influential climate scientists and author of the book The New Climate War: The Fight to Take Back Our Planet, will reveal how to face the “coalition of the unwilling” made up of fossil fuel interests, climate change deniers, conservative media tycoons and petrostate actors. 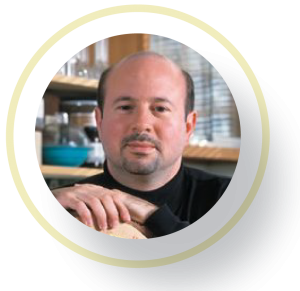 Dr. Mann is Distinguished Professor of Atmospheric Science and Director of the Earth System Science Center at Penn State. His research focuses on climate science and climate change. He was selected by Scientific American as one of the fifty leading visionaries in science and technology in 2002, was awarded the Hans Oeschger Medal of the European Geophysical Union in 2012. He made Bloomberg News‘ list of fifty most influential people in 2013.  He has received the Friend of the Planet Award from the National Center for Science Education, the Stephen H. Schneider Award for Outstanding Climate Science Communication from Climate, the Award for Public Engagement with Science from the AAAS, the Climate Communication Prize from the American Geophysical Union. He received the Tyler Prize for Environmental Achievement 2019 and was elected to the National Academy of Sciences in 2020. He is a Fellow of the AGU, AMS, GSA, AAAS and the Committee for Skeptical Inquiry. He is co-founder of the award-winning science website RealClimate.org, author of more than 200 peer-reviewed and edited publications, numerous op-eds and commentaries, and five books including Dire Predictions, The Hockey Stick and the Climate Wars, The Madhouse Effect, The Tantrum that Saved the World, and The New Climate War.

Marina Lalovic is a Serbian journalist based in Rome. She has been living in Italy since 2000, where she graduated from the University “La Sapienza” in Journalism and Publishing. Marina worked as a correspondent for a Serbian daily “Politika” as well as for the Serbian radio television B92. She was one of the reporters of BABEL TV (SKY), the first Italian TV station completely dedicated to immigration topics in Italy. She currently works for Rai (Radiotelevisione Italiana) Rainews24 and Radio 3.